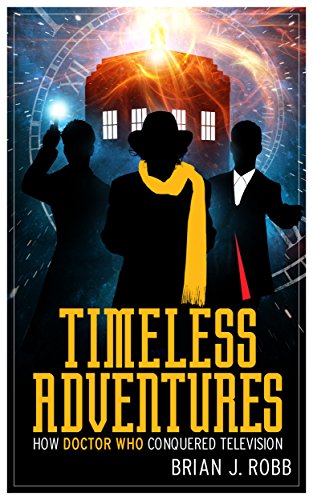 Product prices and availability are accurate as of the date/time indicated and are subject to change. Any price and availability information displayed on [relevant Amazon Site(s), as applicable] at the time of purchase will apply to the purchase of this product.

Timeless Adventures reveals how Doctor Who has been at its strongest when it reflects the political and cultural concerns of a mass British audience (as in the 1960s, 1970s, and the 21st century), and at its weakest when catering to a narrow, fan-based audience (as in the 1980s). Chapters range from discussions of the cultural and political relevance of Doctor Who monsters like the Daleks and the Cybermen, through to the show’s treatment of themes like energy and the environment in the 1970s, right up to the anti-war stance of Peter Capaldi’s Doctor in The Zygon Inversion.

‘Meticulously researched. . . . This behind-the-scenes and critical story of the show is just as eventful as the Doctor’s travels.’—Total Sci-Fi Online

‘Robb has done a phenomenal amount of research for this undertaking, commenting on not only every episode, movie, and novel in the Doctor Who canon, but also the political, social and historical context in which each piece of fiction premiered and the reality of England at the time versus the Whoniverse.’—sfsite.com